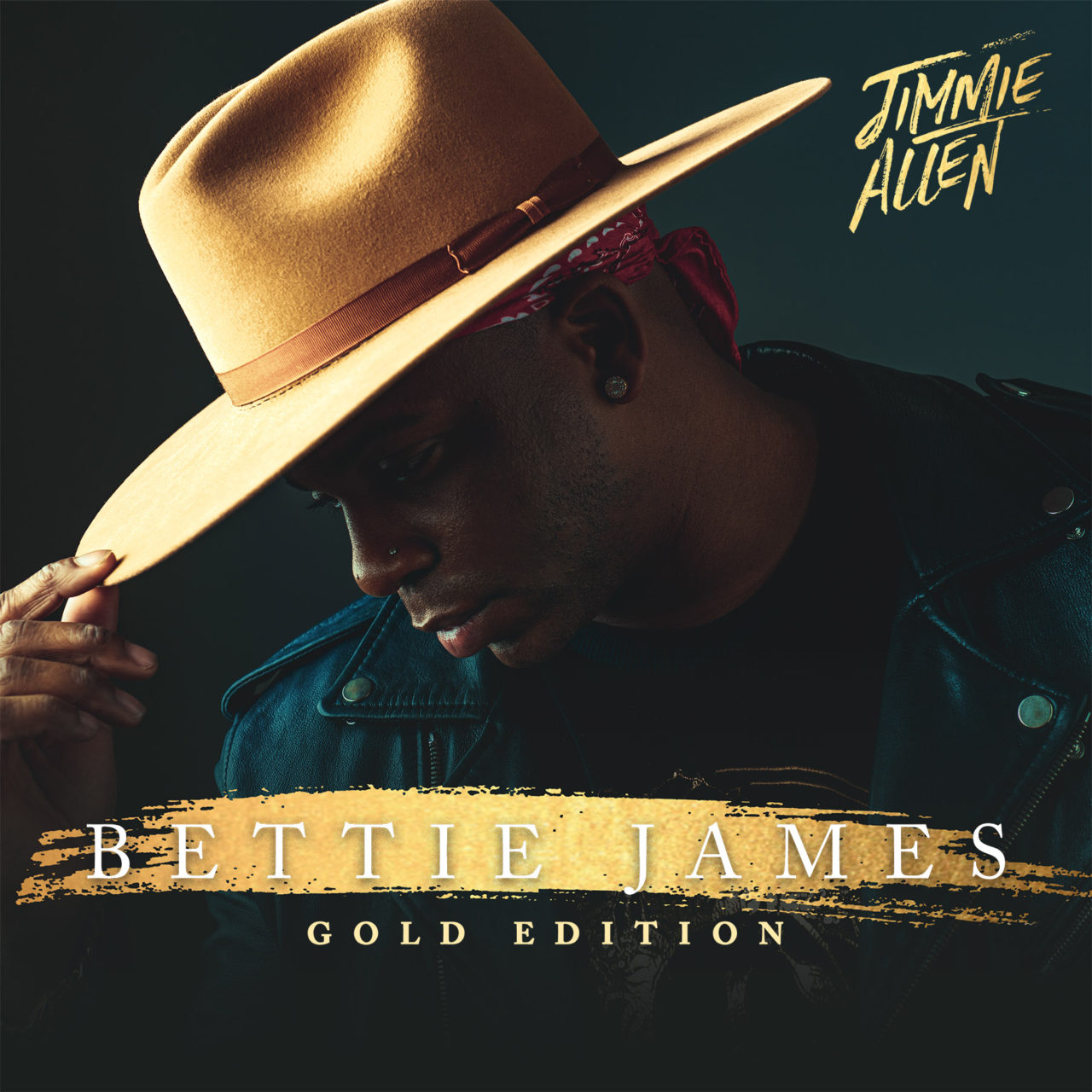 “When it comes to music I love, I don’t really get wrapped up in boundaries or genres. I thought we were gonna stop with the collaborations with Bettie James, and then I was like man, there’s so much music out there that I love, so many artists that I love, and I just wasn’t done,” Allen says of the impetus for Bettie James Gold Edition. “There’s some Pop, there’s some Rock, there’s some Country, there’s some R&B. I got a chance to work with legends! When I was writing some of the songs, I was trying to picture each moment. I went to each artist to work with them so they could be who they are on the song and bring their greatness to the song – I feel like that’s what makes the songs better. I’m super proud of the body of work of this album and can’t wait for people to hear it.”

“[Bettie James] is a POWERFUL STATEMENT from a developing voice.” – Billboard

“While some artists still in the early sunrise of their careers, with a handful of hits to their credit, would be focused solely on extending their chart successes, it’s clear that Allen’s GOALS ARE LOFTIER than mere chart hits and No. 1 parties – he’s STRIVING FOR MUSIC THAT TESTIFIES TO HIS FULL SPECTRUM OF CREATIVE ABILITIES.” – Music Row

“The highlight of Bettie James is this questioning ballad, which features vocals from Darius Rucker and Country Music Hall of Fame member Charley Pride… released during nationwide protests against police brutality in a surging pandemic, ‘Why Things Happen’ PERFECTLY CAPTURED A BROKEN NATION IN MOURNING.” – Rolling Stone, 10 Best Country Collaborations of 2020

“Jimmie Allen’s STAR POWER ONLY GREW with the release of Bettie James…” – Sounds Like Nashville, 20 Best Country Albums of 2020

2021 shows no signs of Allen’s trailblazing and rising star power slowing down. His current hit single “Freedom Was A Highway” with Paisley is currently Top 30 at Country radio and was hailed No. 1 on Taste of Country’s 10 Hottest Songs For Summer 2021 as well as featured on Country Now’s 13 Best Country Songs of Summer 2021. The duo will perform the song on July 5 as part of Good Morning America’s Summer Concert Series on ABC before heading out on the road as special guest on Paisley’s Tour 2021 from July 8 through October 9.

Last Friday, Allen performed his song “Good Times Roll” on ABC’s primetime special “Juneteenth: Together We Triumph – A ‘Soul of a Nation’ Special Event.” The powerful special, now available on demand and on Hulu, presented an enriching evening of celebration and resilience in observance of Juneteenth. Allen will also perform on PBS’ 41st annual A CAPITOL FOURTH on July 4th at 8pm ET.

Allen will publish his debut picture book, My Voice Is a Trumpet, with Flamingo Books, an imprint of Penguin Young Readers on July 13. The book is a powerful story that about speaking up for what you believe in (at any age) and celebrates the many types of voices that can affect change. He will appear on The Ellen DeGeneres Show to discuss the book in an interview with tWitch on July 8.